Veterinary medicine runs in Jeremy Hoge’s family—his father owns Camden Pet Hospital, and his uncle and brother’s father-in-law also work in the field—and he always wanted to help animals and their families. Now he gets to do just that, working with his father as a Veterinarian and the Chief of Staff of Camden Pet Hospital!

Jeremy grew up in San Jose, California. He moved to Arizona to pursue a degree in psychology, but quickly realized he found working with animals to be much more fulfilling. He was accepted to veterinary school at Western University of Health Sciences in Southern California. After graduation, he moved back to San Jose to work at his father’s clinic.

Dr. Hoge has a special passion for surgery, which he finds challenging and rewarding both physically and mentally. He also likes solving the mystery of medical cases and sharpening his own knowledge. In 2010, Jeremy married his wife, Heather. They have two sons, Ivan, who was born in 2012, and Paul in 2014. The family has three dogs and four cats.

Outside of work, Dr. Hoge enjoys sports, having grown up playing a number of them through high school and college. He also enjoys working out, running, exploring the outdoors, and relaxing with friends and family. 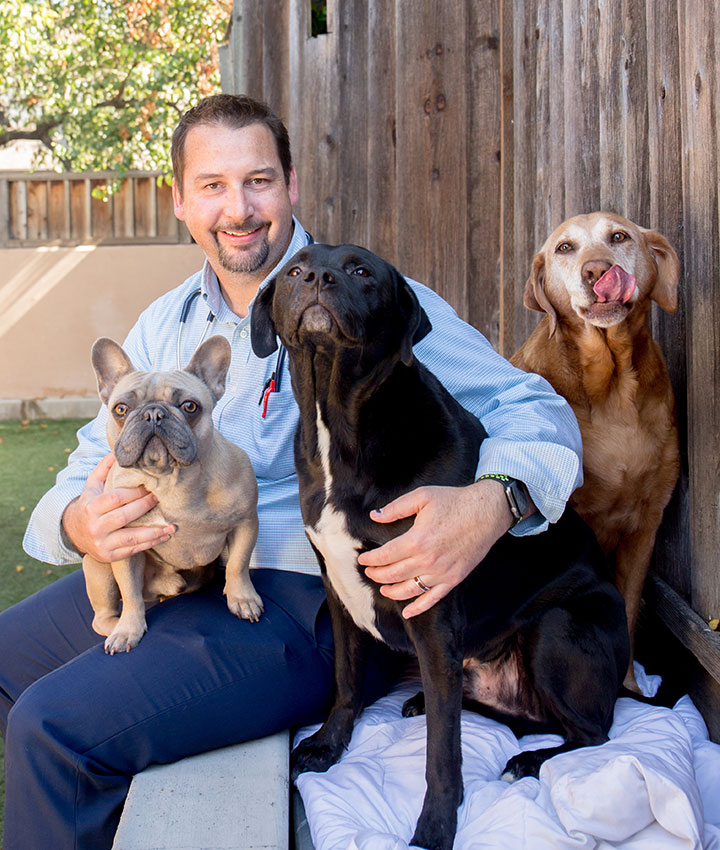