Dr. Hoge spent a good portion of his youth exploring riverbanks for wild animals, listening to his mother tell stories about ranch life, reading about the animal kingdom, or raising and collecting animals. He was always interested in biology and wanted to help animals when they were sick or injured—a career as a veterinarian was the perfect way to do that!

Dr. Hoge grew up in Blackfoot, Idaho. During high school, he enrolled in vocational agriculture classes and became a member of the Future Farmers of America organization. It wasn’t long before he began wondering how to work with animals for the rest of his life! He attended the University of Idaho before enrolling in Purdue University’s Animal Science Master’s program.After finishing his Master’s, he continued on to receive his DVM degree.

In 1976, Dr. Hoge fulfilled his dream of owning his own practice. He’s now practiced full-time at Camden Pet Hospital for almost 40 years—many of his clients have become life-long friends! Dr. Hoge particularly enjoys surgery, and also likes helping a young pet get a good start in life.

Dr. Hoge has five children and 16 grandchildren. Most of his free time is spent with his family, and he also enjoys family vacations, reunions, and a yearly cruise trip. 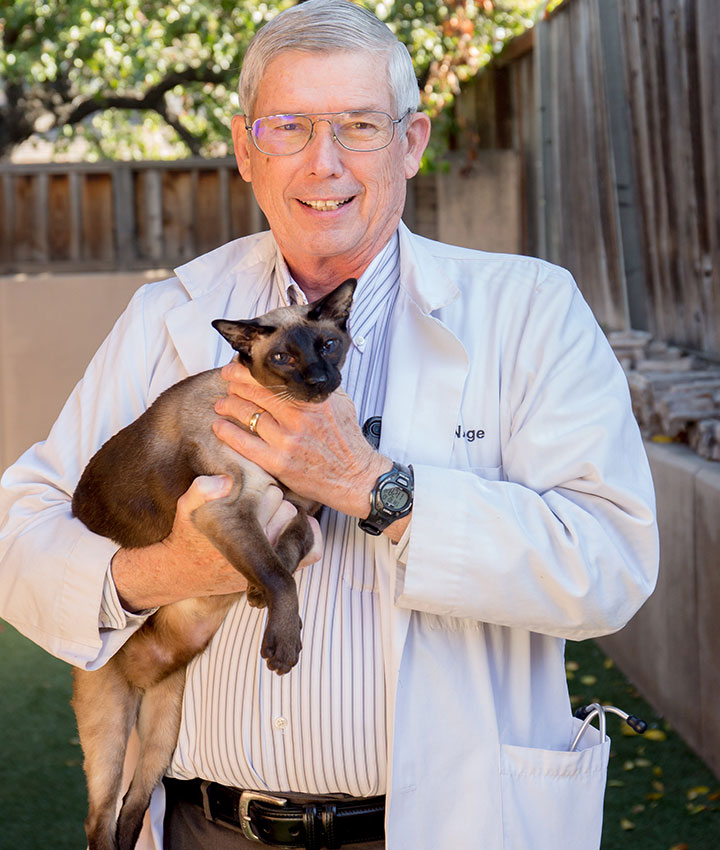